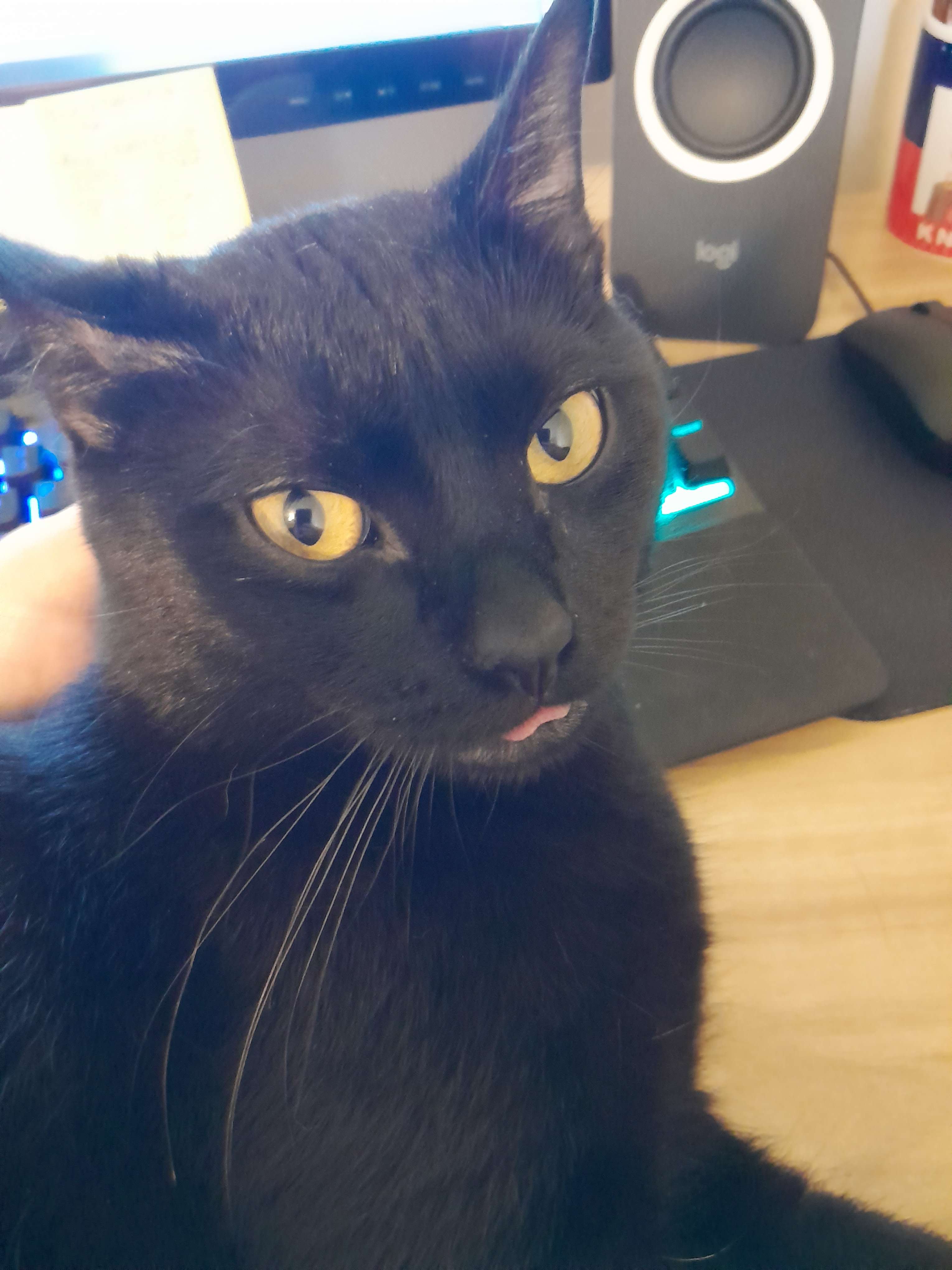 This is Jackie Chan, and he is a true ninja! JC's favorite activities include having the zoomies, sneak attacking, playing, making biscuits, and well, biting. While JC is very sweet, he does require a home with someone that has a lot of experience with cats, possibly training them to have better manners. JC has a bad habit of biting when he wants to play which I haven't been able to break, though a squirt or two from a water bottle is enough to get him to stop. JC also requires a home where he is the only pet. JC has had aggression issues toward my other cat and in six months I have not been able to fully integrate him into my home, which at the advice of my vet, is why I am looking to rehome him now. I also think due to his biting, JC would be best suited in a home without very young children. I also feel it is essential to mention that JC has attacked me twice personally within the last six months. Both times occurred when I picked him up when he apparently did not want to be picked up. I have since figured out a way to pick him up when necessary and have not been hurt since, and I would be happy to show his new owner how to safely handle him. I know that all this makes Mr. Chan seem unappealing, however I want to make anyone that takes him on to be fully aware of what they are getting into because I want his next home to be his forever home. Positives of JC: -He will be your shadow. All JC wants is to be near you. If he isn't cuddling with you on the couch, he is across the room watching you because he just wants to hang with you! -He is playful! Possibly perfect for a retired adult or someone that works from home and needs some life brought into their home! -He is curious! Kind of goes along with being your shadow, but nobody will ever make you feel more fascinating that JC. Whatever you're doing is interesting to him! -He really is a sweet boy, despite his prickly points. He is never more sweet than when he's cuddled on top of you and a blanket, making biscuits and sucking on the blanket like he's a tiny kitten back with his momma again. -He's smart! I did a bit of clicker training with him, and he did great! -He is NOT shy! He will not be phased if you have a friend or two over (he may be turned off by larger groups however). Jackie Chan has a bit of a past, but that shouldn't prevent him from having a positive future in the right home! In the words of his vet, "he has potential"! I expect he would thrive in the right home, and that is all I want for my favorite little ninja ❤️

Jackie Chan is Listed By: